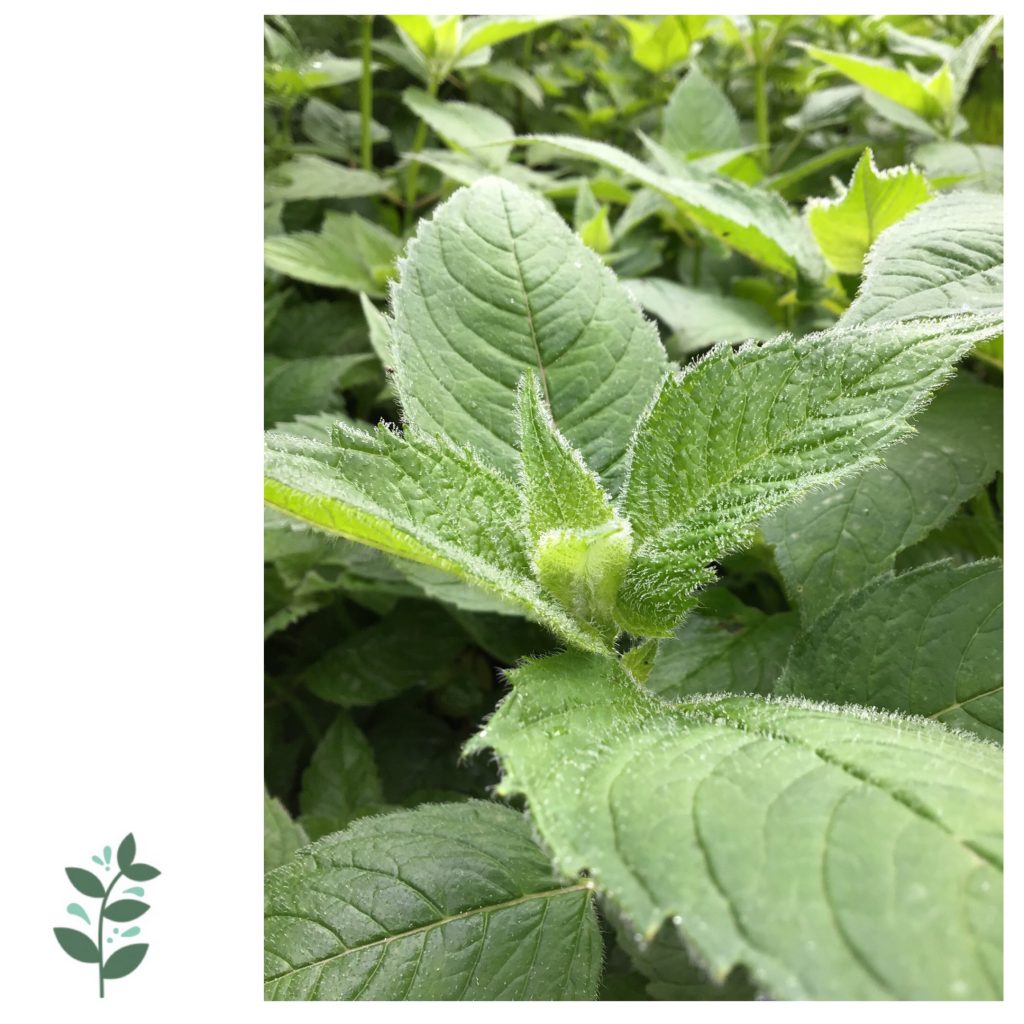 Most of the plants in the aromatic and medicinal garden are chosen for their hydrosols later in the year. However, plants which make good hydrosols are also useful medicines when preserved as tinctures, oil infusions, flower essences, vinegars, honeys, and various culinary preparations.

Distillation usually involves a fairly large amount of plant matter, so how is the harvest multiplied within the confines of a small suburban garden?

By pinching the plants once a week, the pinched tops may be used for drying, infusing, tincturing, etc., while the plant itself becomes bushier in the process. Removing the tops just above a leaf node encourages the plant to develop two new leaf stems where there had been one. Each time the plant tops are pinched, the number of new stems grows exponentially, thus increasing the final amount of plant matter available for distillation later in the year.

Pinching is done early in the season, because the plant will be allowed to flower at some point. Depending on the species, pinching may happen over several weeks, after which the plant is no longer pinched and instead is left to flower.

Multiplying the yield allows a large amount of medicine to be obtained in a small garden. Pinching is an easy way to encourage higher yields.

THIS WEBSITE IS NOT INTENDED FOR THE PURPOSE OF PROVIDING MEDICAL ADVICE. I AM NOT A LICENSED MEDICAL DOCTOR.  VINES OF WELLNESS DOES NOT HAVE A LICENSED MEDICAL PROFESSIONAL ON STAFF.  All information, content, and material of this website is for informational and educational purposes only and is not intended to serve as a substitute for consultation, diagnosis, and/or medical treatment of a qualified physician or healthcare provider. If you have a medical emergency, call your doctor or 911 immediately.